In addition, Mr. Benner attended a further education to become a quality management representative (QMR), whereupon from now on he will take over the activity as QMR in our company. 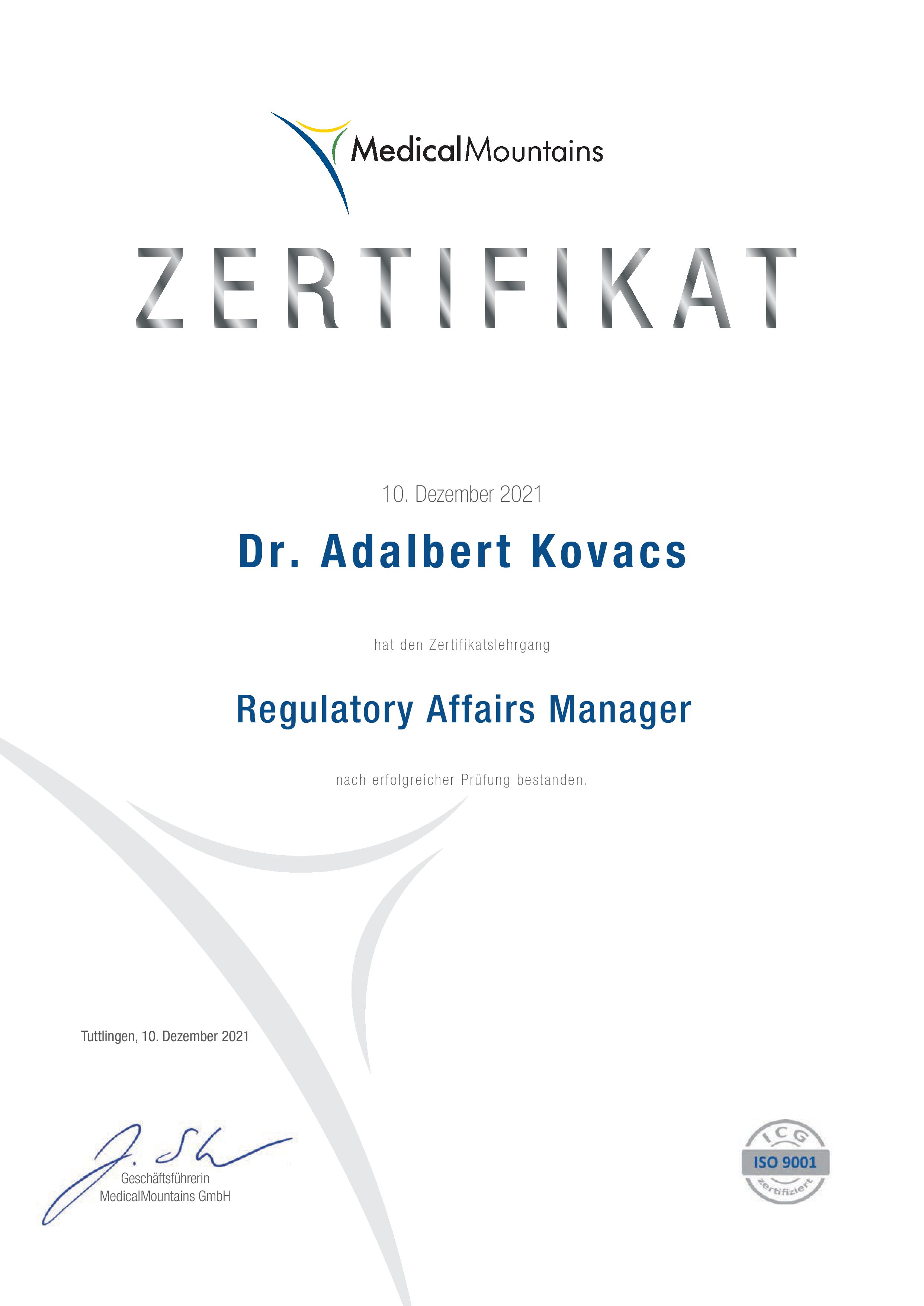 On the first of February we have uploaded a freshly homepage. It has not only a completely new layout, but now also offers information about current news in the company and updates about the current funding project "Z-Bioresorb".

In September 2020, the companies Limedion and Quadralux have started a BMBF-funded project: Z-Bioresorb. This project investigates the possibility of using zinc as a novel implant material. Zinc offers the advantage that it dissolves in the body after a certain time without producing harmful by-products. On November 17, a meeting with the project sponsor VDI was held to discuss the current interim report. Fortunately, the project is on schedule.

Since the beginning of October Limedion is again certified according to the DIN EN ISO 9001 and DIN EN ISO 13485 standards. The repeat audit went off without any major deviations.

In a recently published paper, our bioresorbable alloy (Zn-6Ag) is compared with another magnesium-based bioresorbable bone pin and two conventional implant materials from other manufacturers. The main focus was on the shear forces between the bone-implant connections after implantation. The advantage over polymer-based pins (PLLA) is the better or bone-like mechanical properties such as tensile strength. In our bioresorbable alloy, tensile strength is achieved via the addition of silver.

In a test setup, one of the pins was inserted into double-joined Sawbones blocks and examined under dynamic and quasi-static loading scenarios. The loads typical after osteotomy in hallux valgus surgery and the mechanical demands on the boneosteosynthesis connection in post-treatment were used for evaluation. 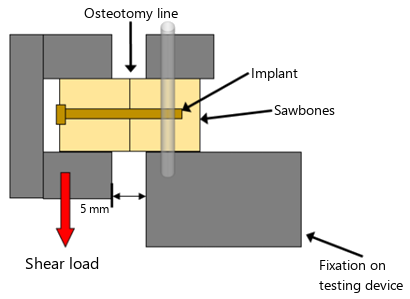 In the quasi-static loading, it was shown that the novel Zn-6Ag from Limedion has the same shear strength (166.56 N) as the magnesium pin from Syntellix (159.96 N), which is already in clinical use. In comparison, polylactate pins exhibit shear strengths in the range of 50-60 N and cancellous screws in the range of 205 N. In addition, the zinc pin showed significantly better shear strength compared to osteosynthesis with K-wires (p < 0.05).

Last but not least, the Zn-6Ag alloy is convincing in terms of degradation rate, as it is most similar to the build-up behavior of bone with values between 0.05-0.1 mm/year. The fact that no harmful gases are produced during degradation also makes the Zn6Ag pin interesting.

This publication is about the research of new types of zinc-based alloys, such as zinc-silver (ZnAg) or zinc-silver-titanium-alloys (ZnAgTi) for osteosynthesis implants in terms of stability and resorbability. The mechanical values of the casted and extruded alloys were determined by tensile tests and the corrosion rates in PBS solution (phosphate-buffered solution) were investigated by electrochemical corrosion measurement. Zinc and its alloys exhibited favorable corrosion rates, especially compared to magnesium. Magnesium-based implants have a much slower rate of degradation and undesirable hydrogen gas pockets are formed during the process.

It could be shown that zinc-based alloys are very promising as a material for bioabsorbable orthopedic implants.

This paper describes the research of an ultrathin and fracture-resistant stent, which is made of the bioresorbable material zinc. In addition, it has the property of a radiopaque region in the mid-region. Last but not least, it is characterized by extended and high fracture resistance. Zn stents and Zn drug-eluting-stents (DES) were implanted in both bifurcations of femoral arteries of 21 young pigs, observed for three months, and studied by angiography and histomorphometry. Both Zn-stents and Zn-DES could be precisely positioned in the bifurcation of the femoral artery. The openings of the side branches remained open after Zn stent deployment without blocking the stent.

Thus, it could be evaluated that a Zn stent with ultrathin middle struts may be useful for provisional stenting of vascular bifurcations.

This publication includes the investigation of a ZnAg alloy for cardiovascular applications. As comparative materials, magnesium-based and PLLA stents, which are also bioresorbable, were investigated. Zinc alloys were found to be potentially more suitable for this application than the other two materials: magnesium often degrades prematurely, while PLLA has a mechanical stability which is sometimes too low. In the animal model, the investigated implants were illuminated with regard to thrombosis formation and restenosis formation. The mechanical properties of the ZnAg alloy are similar to the magnesium alloy in terms of tensile strength, but have a significantly higher elongation at fracture. The ZnAg alloy exhibits a superior outstanding X-ray visibility compared with the magnesium alloy. The platelet adhesion rate and hemocompatibility parameters showed no differences among the materials studied (ZnAg, PLLA, Mg, NiTi).

It was shown that the ZnAg alloy is a promising material platform for the fabrication of a new generation of bioresorbable vascular vascular stents.

Biodegradable alloy, production and use thereof, in particular for producing stents and other implant

This patent is about the production of a biodegradable zinc-based alloy with a zinc content of 90.0-99.95 % and a silver content of 0.05-10.0%. This alloy is currently being used in a BMBF-funded research project by the company Optimed in which a biodegradable drug-eluting stent is being investigated.

In addition, this patent is used in the BMBF-funded research project Z-Bioresorb. That project is about a degradable bone pin, made of the mentioned alloy. In the event of a bone fracture, this pin only have to be inserted once into the patient. Explantation is not necessary, as the pin dissolves.